If you like what you see, let’s collaborate! Feel free to reach out to me here.
Let’s make something great together.

The concept for this project was inspired by Chinese operas, cultural goddesses, and traditional tea ceremonies. By doing research about Chinese teas, I discovered that there is a Goddess of Tea- Tie Kuan Yin, also known as the Goddess of Mercy. The visual aesthetic for this project is bright, vibrant colors and vector illustrations, compared to the sleek, modern, minimalistic items found within the kit itself.

The use of deep red and beige hints to the traditional Chinese colors that pop against white ceramic, clear glass, and light bamboo wood accents. The overall designs for these items uses seven common things seen within a Chinese Opera- including both the male and female performer, the decorative weaponry, a temple which commonly hosts the Opera shows, the intricate robes they wear, the beautiful headdresses they adorn themselves in, and a lantern, as an homage to traditional Chinese culture. 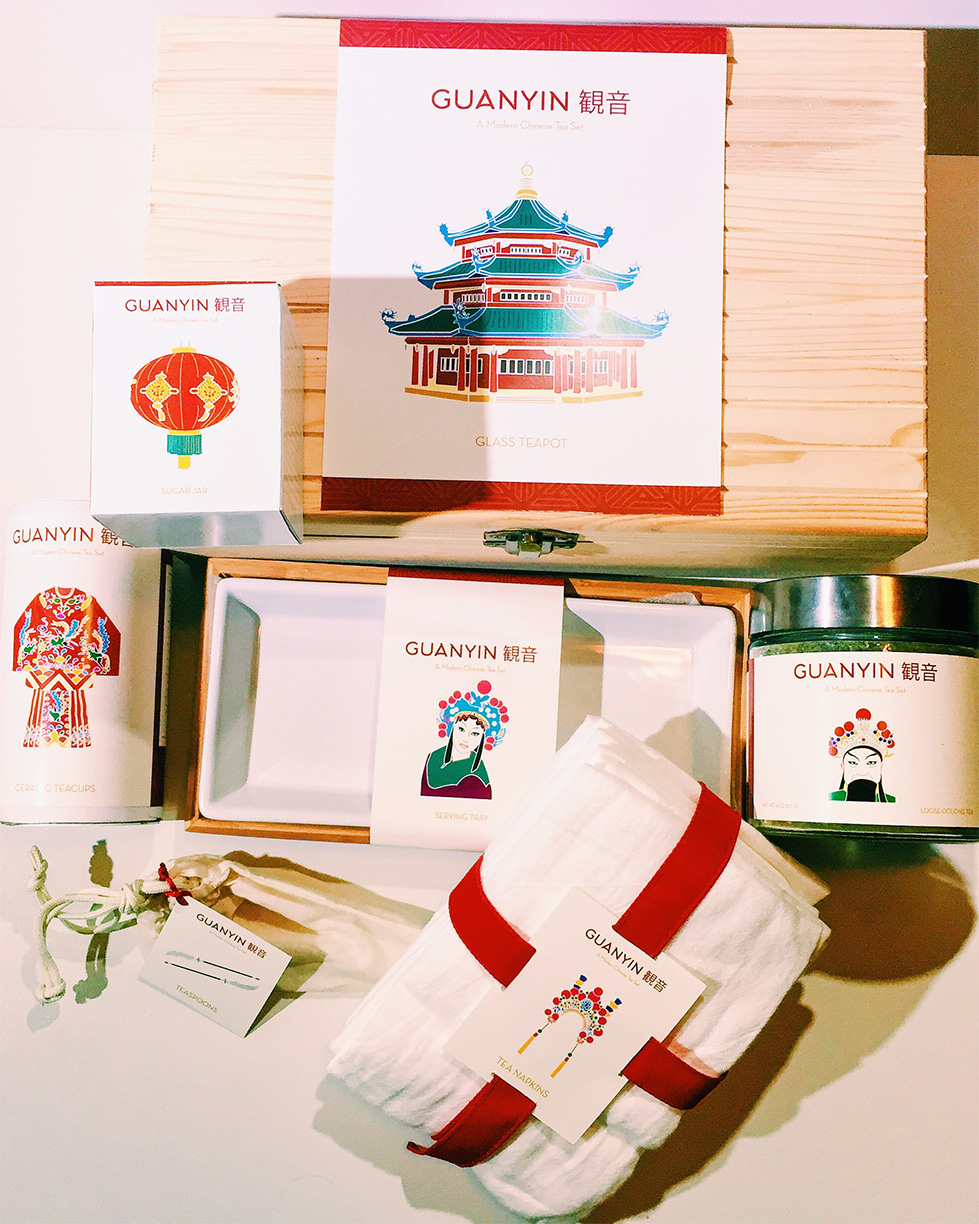 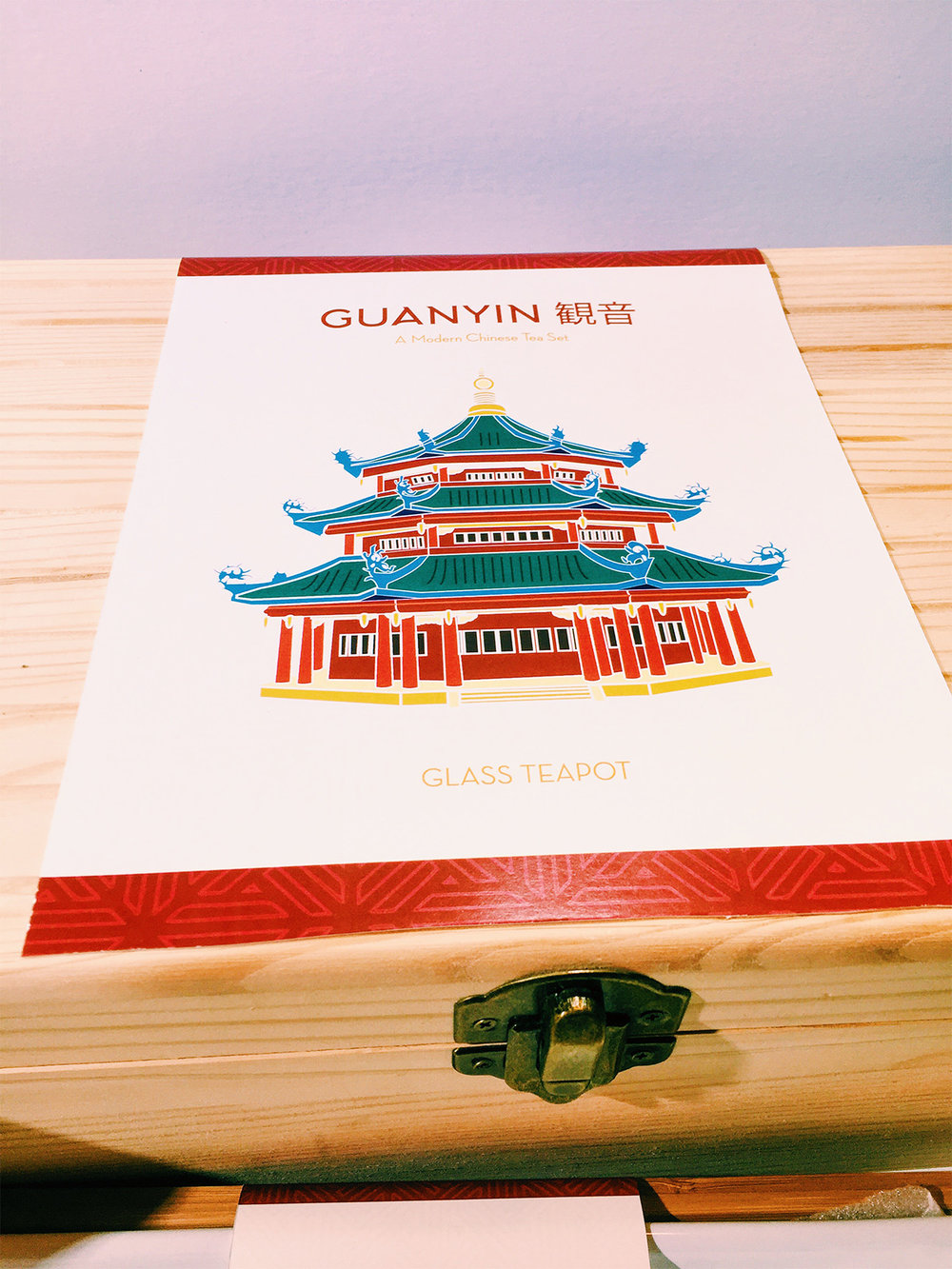 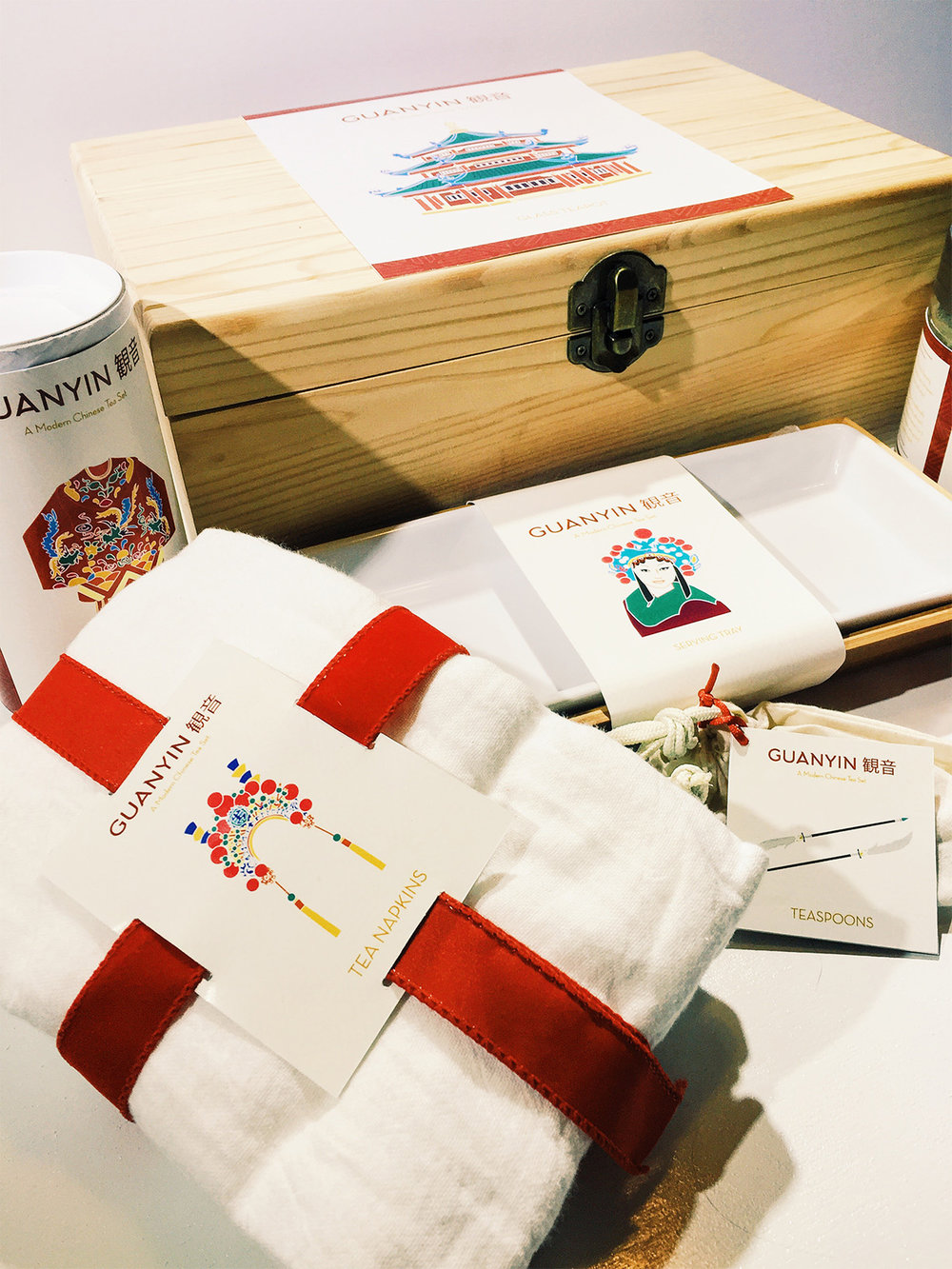 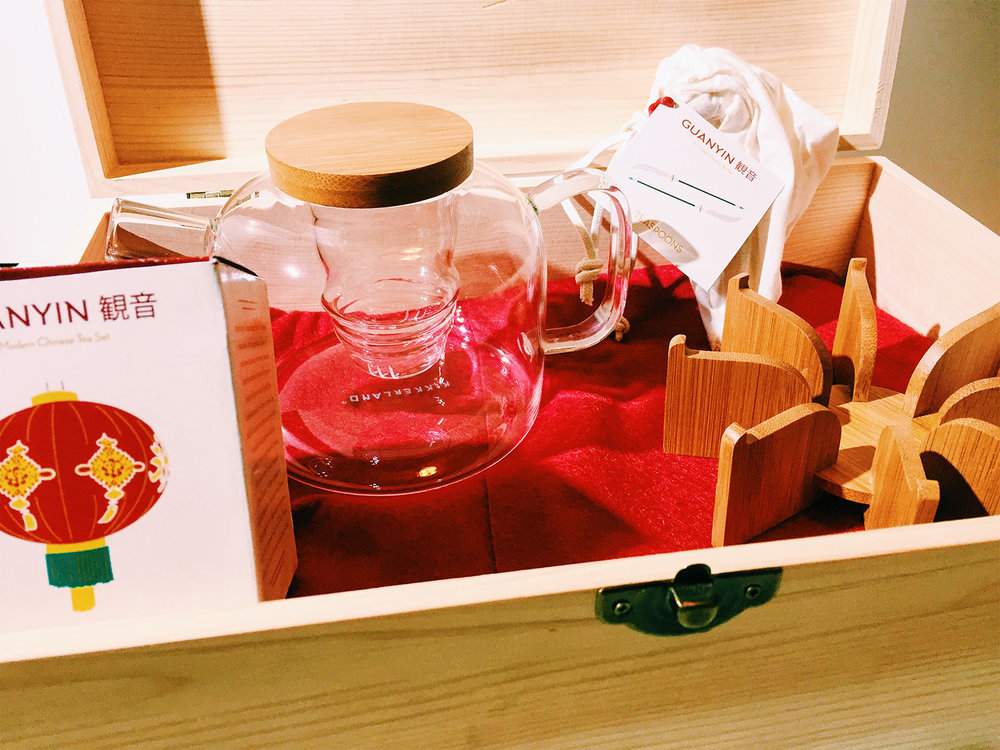 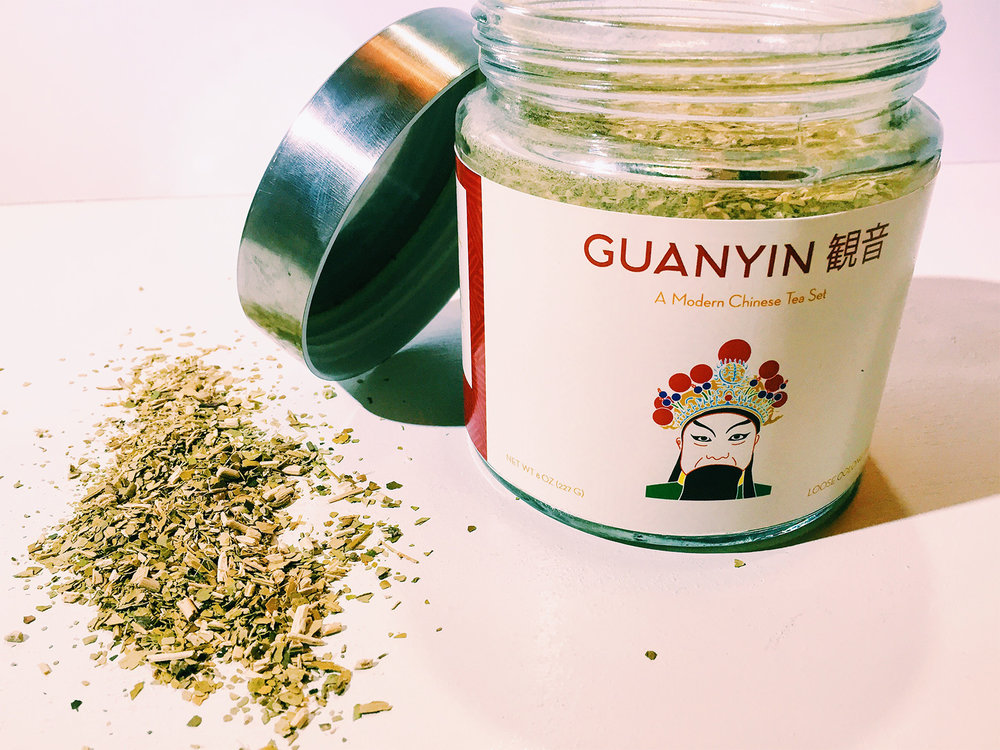 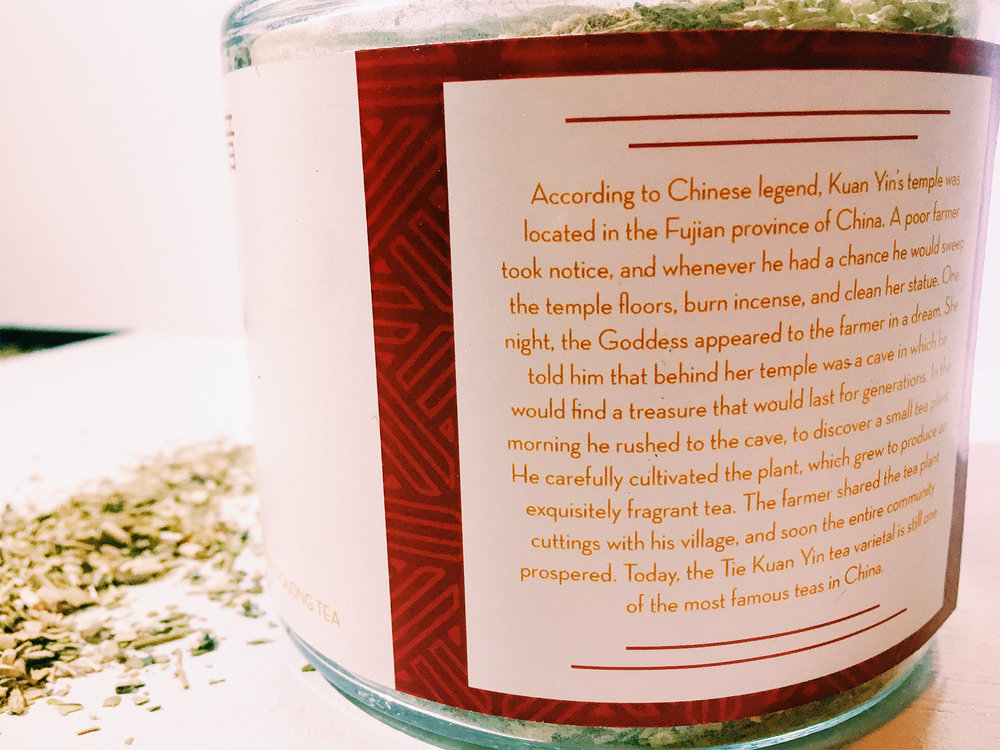 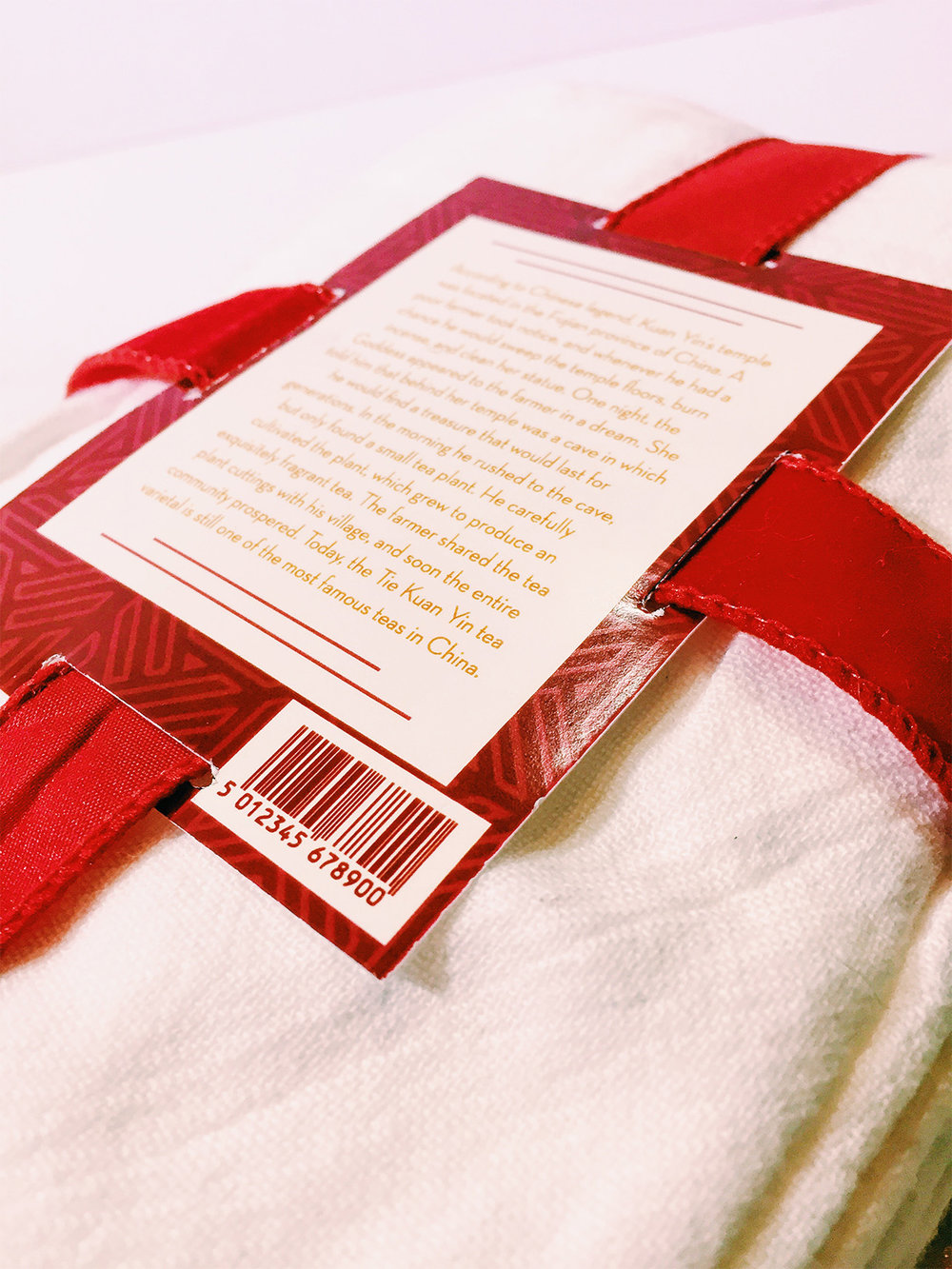 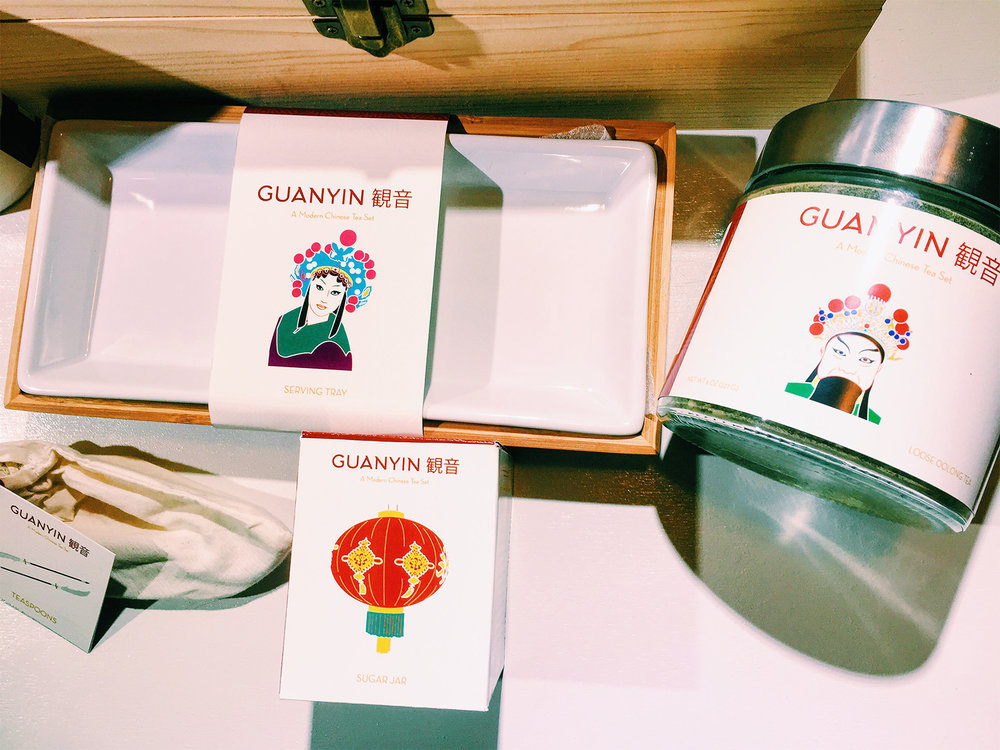